The past two decades has witnessed escalation in the value of property. What might have bought a large plot of land then, the equivalent is a modestly sized accommodation today. This has made space in terms of square meters a luxury of great value.

Converting small surface areas into a living unit presents a challenge. The more confined and restricted the space the greater the need to assess requirements. To do away with unnecessary possessions that adds unsightly clutter as even a minor alteration tends to have an immediate altering effect.

Creating an initial concept will prove a great tool in aiding any design decisions further down the line. It also helps to avoid a piecemeal solution by providing a set of guidelines the outlook is based on an approach that aims to meet the requirements and aspirations of the occupant. When it comes to small spaces there seem to exist various approaches from the clever space saving mechanisms loaded with gismos, to the opposite side of the scale, the bare minimum. As with most interior concepts, there is no right and wrong, only a set of personal criteria.

Jonathan Shaw invites us into his Valletta duplex apartment designed by embracing his own set of requirements. This nineteenth century building is situated on an elevated passageway in an area known as Tal-Blata, parallel to Archbishop Square where a monument to Dun Mikiel Xerri marks an era gone by. Explaining his story from seven years back when he bought the property to the present day, the variety of projects he has been involved in and the ever changing lifestyle it seems like the choice of concept for the apartment was well-suited.

The key word is flexibility an open-ended approach allowing room for change and any future adjustments. An added bonus to predicting these circumstances can prove beneficial to both selling potential and pocket.

The open-plan is rather appealing in contrast to the room after room format; it gives off a modern unpretentious feel. This space strikes a balance between the two, with each main living space having a subsidiary room to act as bedroom, study or play area should the need for change arise, which happily results in a functional living space.

The simple palette of white washed walls themed with red deal flooring throughout the apartment: work to emphasise the views beyond. The upper level connected by means of a metal stairwell, houses the social area, kitchen/dining combined allows uninterrupted entertaining embracing the modern concept of cooking preparation as an added social aspect. The back façade overlooks St.Paul’s Anglican Cathedral, commissioned by widow of King William IV in the 1840’s, it boasts a 65m steeple, controversial at its time for its height, it nudged the Carmelites to reconstruct their dome on a larger scale. The social zone of the apartment benefits from this celebration of architecture. A series of grand columns visually introduce the living space adding a sense of scale. The wide fronted terrace is an extension of the social space, it overlooks Marsamxett Harbour and directly opposite Tigne Point.

The highlight has to be the maximum use of light and air, the terrace and back openings work in unison to generate cross-ventilation much needed during the hot summer months and allowing the light to penetrate throughout winter. The use of glass blocks on the walls facing the common stairwell exploit the amount of natural light available, adding a sense of depth and openness.

The historical surroundings of this apartment are linked with today’s modern outlook and individual lifestyle. The concept is flexible in its approach to accommodate the need for change within a limited amount of square metres. 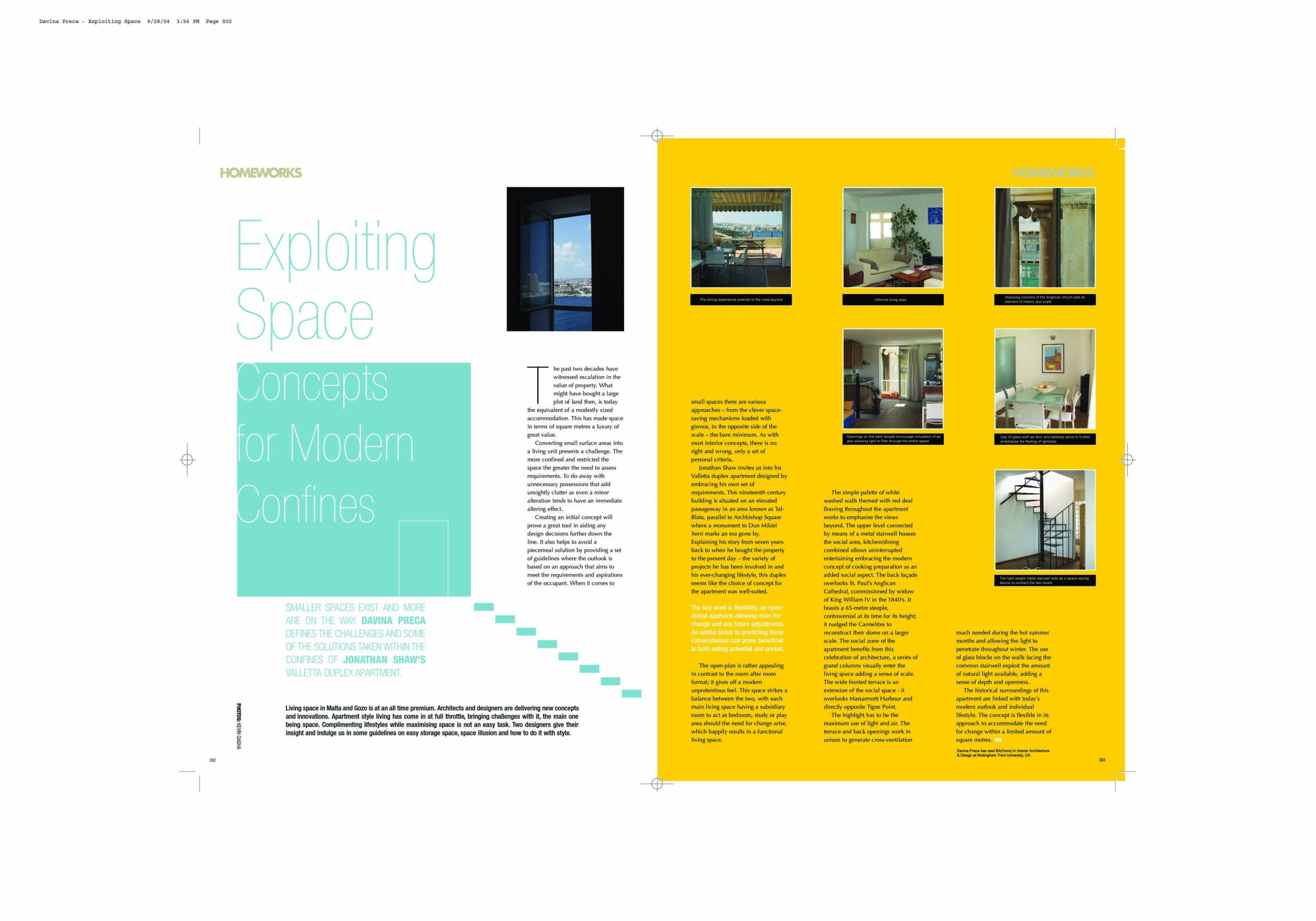 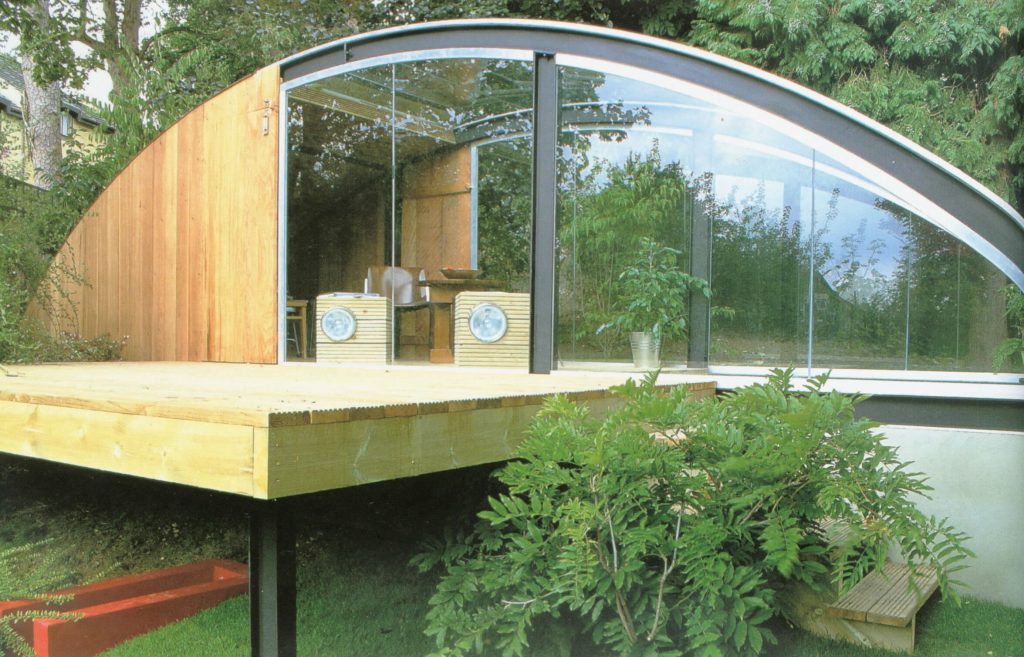 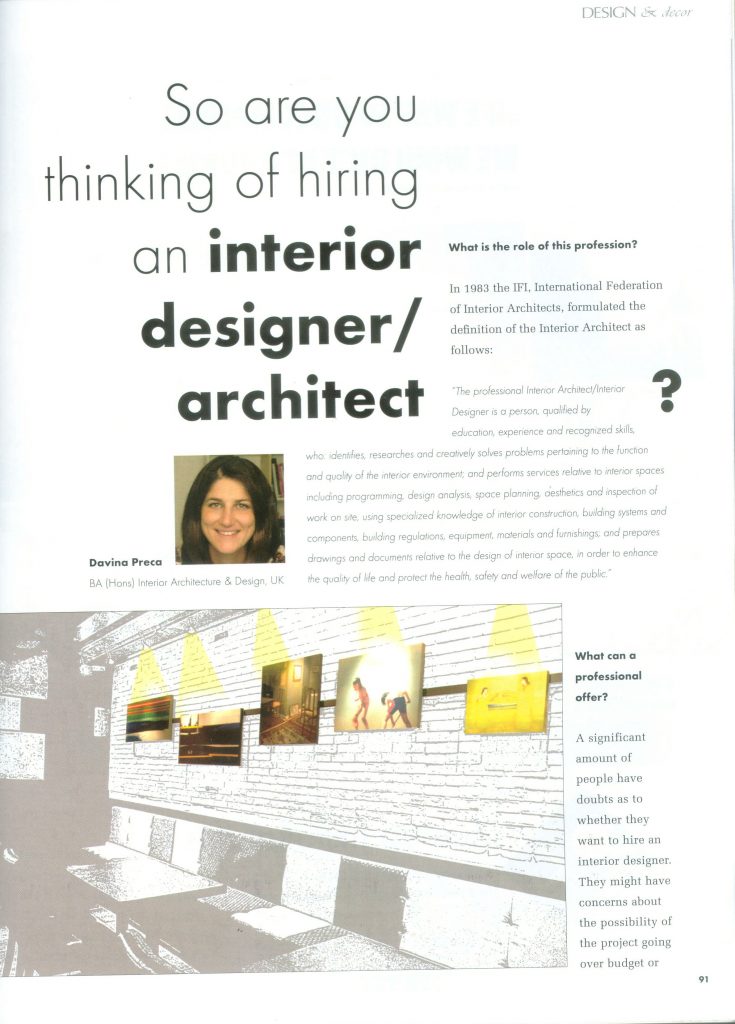